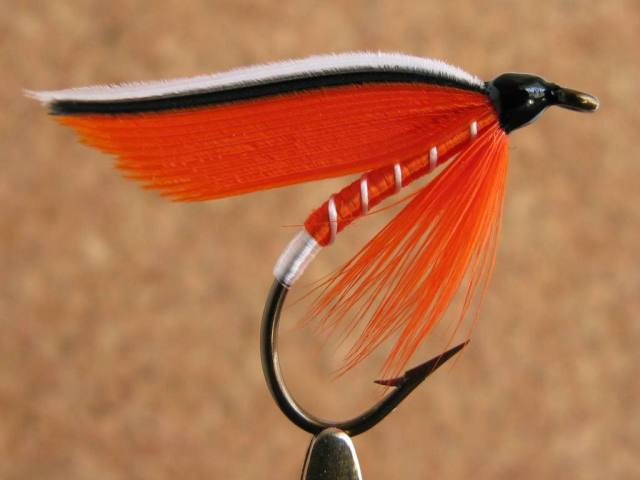 Body: Orange floss, I prefer the darker Burnt Orange floss – this is Danville’s name for their orange of this particular shade. The other Orange, is to me, the lighter shade I normally associate with the body of the Gray Ghost streamer. Danville also has a color number associated with this, but fly tyers don’t normally worry about the number, we mostly care about having the right color.

Head: As on all my wet flies, I apply several coats of head cement. I used to have a bottle of Hille’s Lacquer Cement; that was the best stuff! I had been using that on my flies since the 1960’s when I first started tying, and I was fortunate at that time to live in Williamsport, Pennsylvania, my home town, also the location of E. Hille – The Angler’s Supply House, founded in 1936. That might not seem like much in this internet-order, fly-shops-scattered-about-the-country, “buy-most-anything-you-want-when-you-want-it” society of ours, but back then, Hille’s was the only place within at least a 75 mile radius of Williamsport that sold fly tying stuff. I used to on occasion ride my bike the four miles from my house near Newberry to the shop on Saturdays before I was old enough to drive.

Honestly, on the wets and streamers I tie, I could put on the initial coat with Grif’s thin, then two coats of Hille’s Lacquer, and the 4th coat of black. Done. I have one bottle of Hille’s left; it is at home but I don’t travel and tie with it anymore because people are always disappointed when I tell them it is no longer available. So I am using Grif’s thick as the 2nd, 3rd, 4th, and in some cases the 5th coat before applying the final coat of Black ProLac. Grif’s is nice, but it just doesn’t do the job with the lesser number of applications that the Hille’s cement does. So what, you may think? Well, when you tie a full plate of the wet flies for framing, I go over each fly repeatedly with the head cement. It takes about 40 minutes to do that – one time. So the additional coats with Grif’s require about an additional hour-and-a-half…to over two hours. I’d rather tie than cement…

I know, some guys use other stuff, nail polish, etc. That is fine. I like the lacquer base cements I use – Grif’s, ProLac, they are all thinned with hardware store lacquer thinner. Fly tyers are entitled to be fickle about certain preferences.

This fly, the Trout Fin, is listed in Ray Bergman’s fourth book, With Fly, Plug, and Bait – 1947. In the notes Ray wrote about new flies on the color plates in its pages, the Trout Fin, along with the Black Ghost Marabou and three other flies, were sent to him by Bert Quimby of Maine. Bert indicated that the Trout Fin was one of his favorite wet flies for brook trout. He also said, that the Black Ghost Marabou was his favorite streamer for landlocked salmon. Both patterns are good fishing flies. No argument with that. 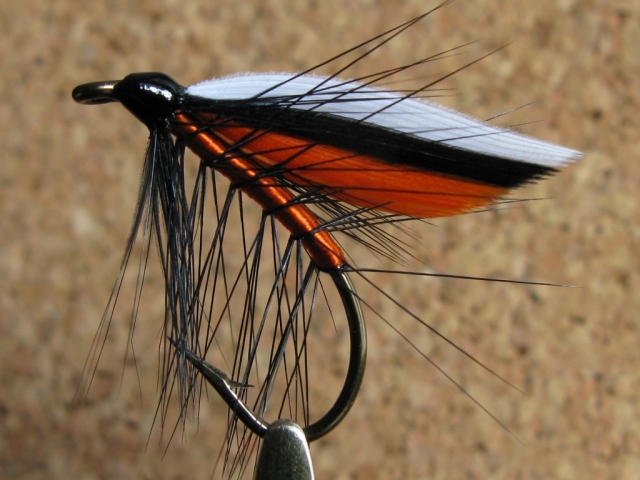 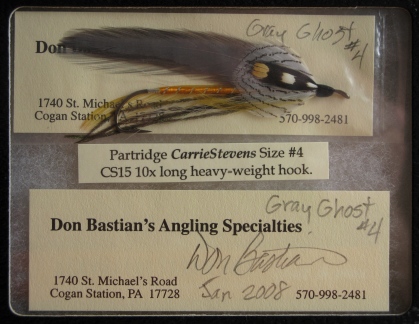 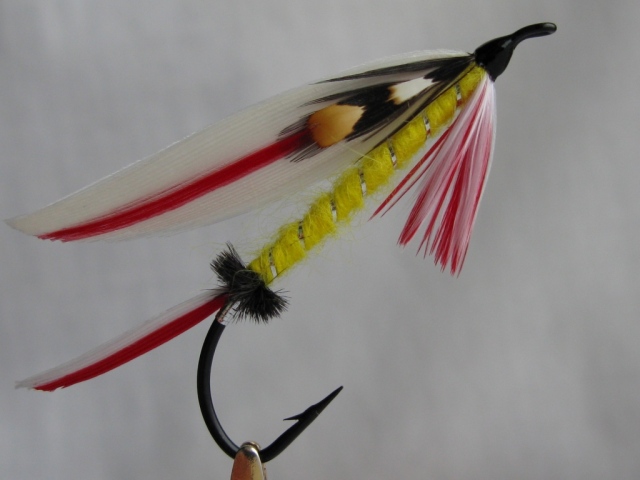 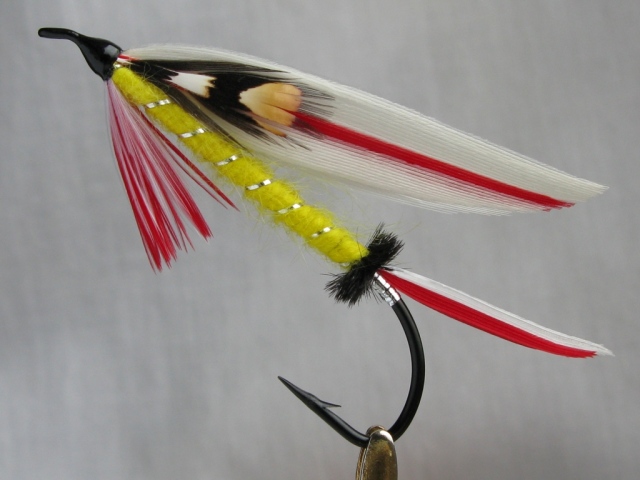 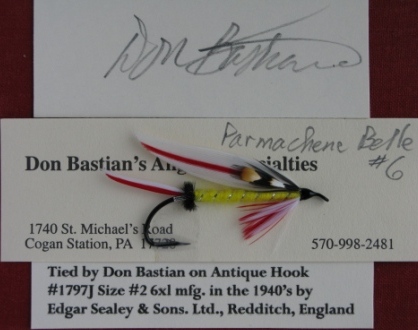 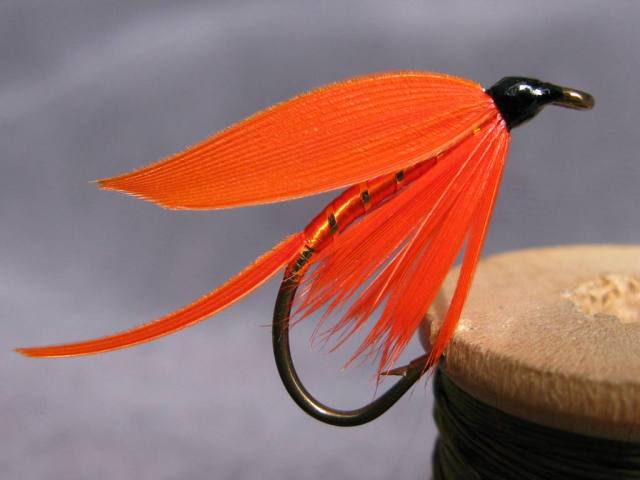 The Orange Ibis was inspired after the famous wet fly of the 1800’s, the Scarlet Ibis. I tied this one in June of 2010. It is an all orange wet fly, with gold tag & rib. The recipe is as follows: