The Charles E. Wheeler is one of three streamer patterns that Carrie Stevens created and named after family friend, Charles E. “Shang” Wheeler. He was a client of Carrie’s guide husband Wallace, and he was also instrumental in the start of Carrie’s fly tying career. In fact Carrie may have never started tying flies had it not been for the influence and encouragement of Shang Wheeler. 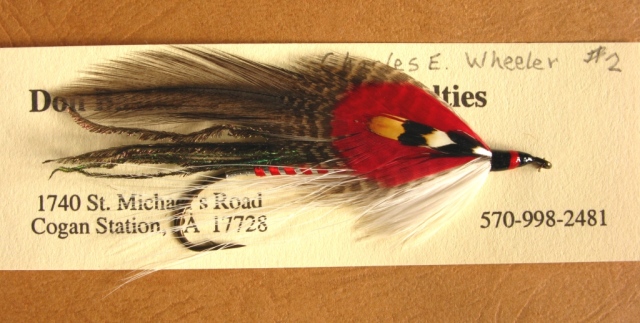