Last October at our family cabin, one of my grandsons was there with my daughter, Lyneah. They came to visit my brother and his family from Maine, while they were spending some time there. Benner, in age chronology, my third grandson, and at the time almost two, took an interest in my fly tying stuff. These are some photos of Benner and his antics; I thought I’d share them figuring those of you with kids and grand kids will enjoy these. 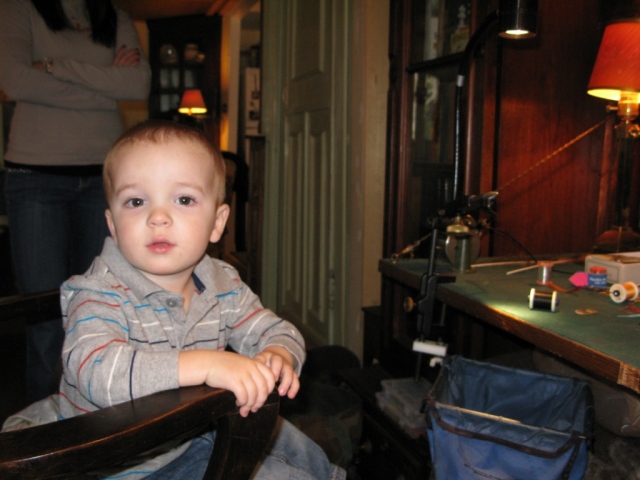 My grandson Benner – he’s at that stage of contemplation as to his next move. My fly tying station plays prominently with his behavior. By the way, comparing photos of me when I was his age, he looks very much like his Pappy, a true Bastian. 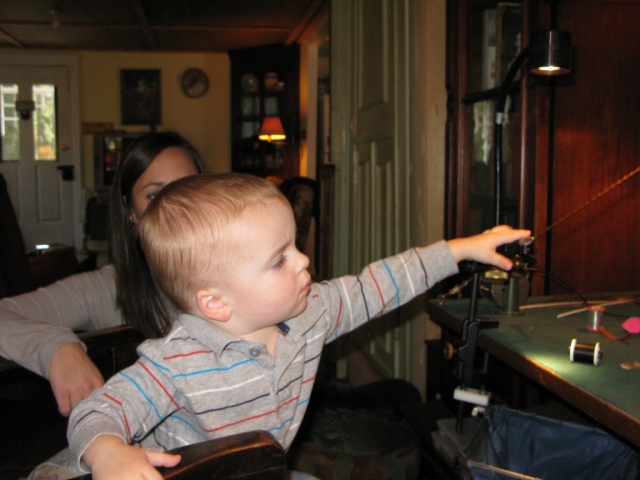 Uh-oh…he’s going for the fly tying vise! His mother looks on in the background. Maybe Benner will one day become a fly tier like his Pappy. 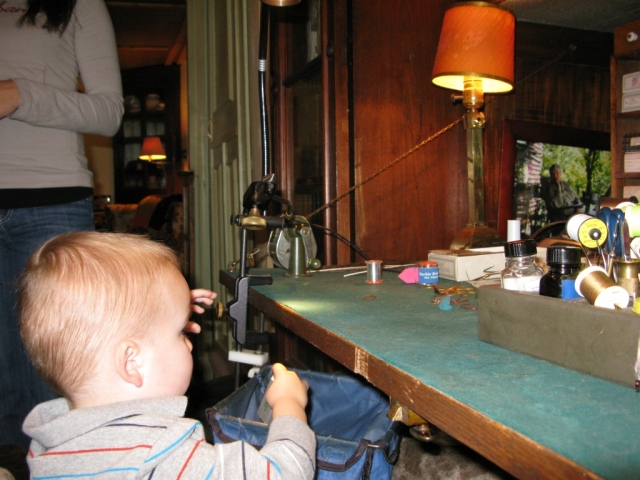 Benner decided that everything within his grasp must go into the Wastetrol. In goes the AK Best hair stacker. 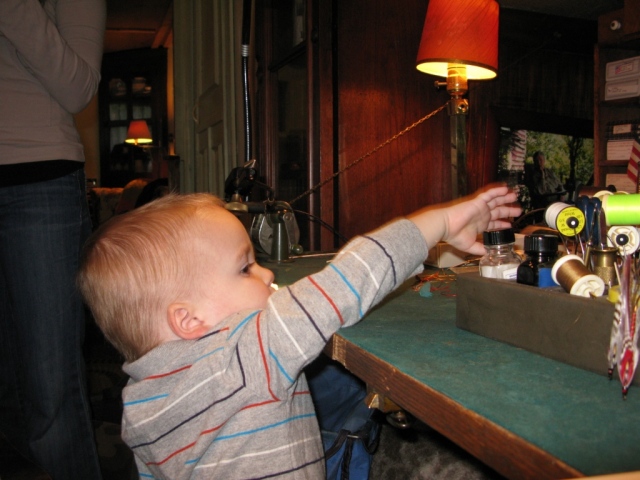 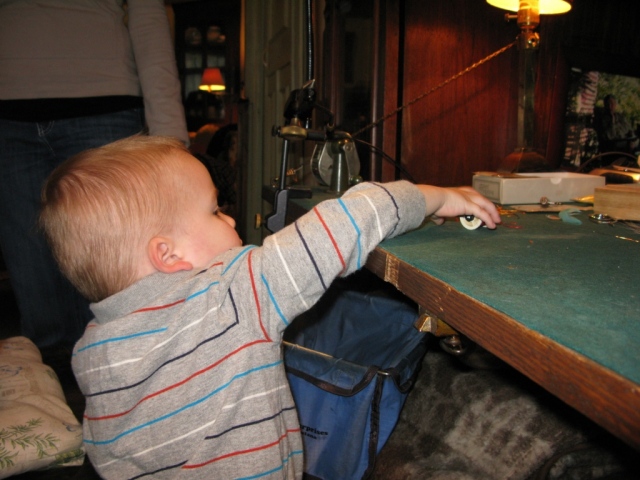 Still more tying tools being cleared off the desk. 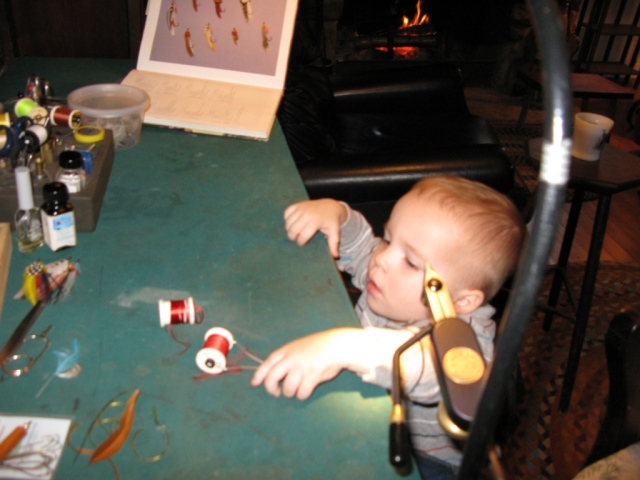 Gotta get these things, too…as yet, Benner does not know they are a bobbin and a spool of floss.

We ended up having to selectively move some things out of Benner’s reach. Like my bodkin. 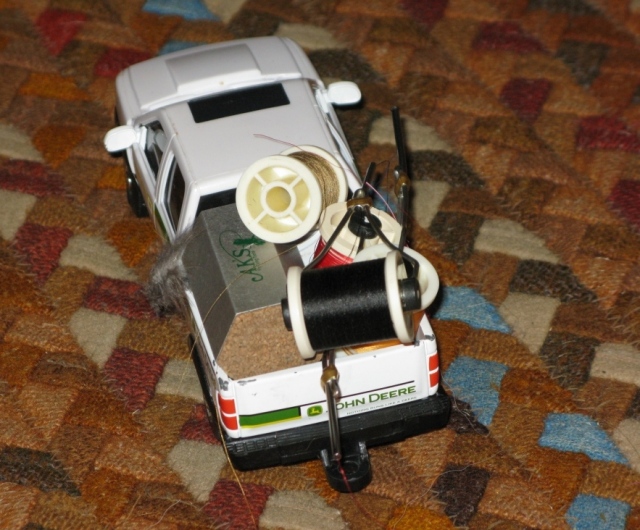 This truck is freighted! 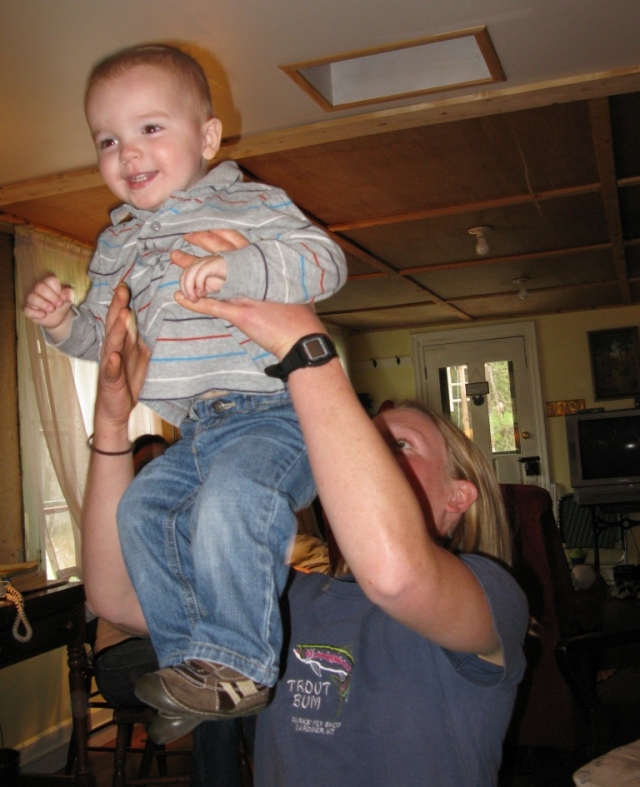 Benner eventually abandoned his interest in my fly tying stuff and chose to be tossed into the air by his Aunt Emily. Repeatedly. “Again! Please!”

A close family is a blessing. Grandchildren are a wonderful, life-enriching experience. One of these days my grandsons will go fishing with me.

6 comments on “Future Fly Tier – or A Truckload of Fly Tying Tools?”